Things that go together like peanut butter and jelly: Toyota and reliability.

Say hello to Grout, one of our first OPP inspired Toyota builds.

As you gathered from above, Toyota and the word Offroad are synonymous. Ash has always been drawn to Toyota’s reliability, lack of sophistication, and utilitarian characteristics. With that said, think of “Grout” as a tool to get Ash to base camp where he can explore deeper from there. Lots of dirt roads in search of that ultimate camp site.

With a great platform to start with, and knowing it is time will not just be spent on the trail, we embarked on a simple, practical build on Project Grout. Further, Ash planned on tackling the build in phases to lighten the load on the pocketbook.

In phase 1, we completed the heavy hitter items – Suspension, wheels, tires, and drivetrain. Choosing the suspension upgrade is always critical on the outcome and direction of the build. That said, we landed on an upgraded coilover suspension system from Elka Suspension. This gave us the boost we needed in dampening department for future accessories we plan to add, and the ride height we need for the tires. Knowing the truck would see equal amounts of dirt and road, we chose a Nitto Ridge Grappler tire wrapped around a Method Race Wheels grip lock wheel, which we like to think is having your cake and eating it too kind of package.

To get the most out of the above upgrades, new upper control arms would be in short order. Being in the PNW where we see all 4 seasons in a 3-hour period, a Dirt King ball joint upper arm was selected. This will not only improve the alignment specs but increase suspension travel without sacrificing any reliability. The rear end would need some love too, no pun intended, and to compliment the front suspension a set of Deaver U402 Expedition packs got the rear sitting level and are designed for additional load, which we add when we are headed camping with a roof top tent, coolers, dirt bikes, etc.

To wrap up the big items – anyone who has driven a 3rd gen Tacoma will immediately be unenthused by its drivability. This is unfortunately compounded when adding oversized tires, or any additional weight. This mostly due to the horrible 3.92 factory gearing, and double overdrive transmission. To fix this issue, we installed some 5.29 Nitro Gears. Doing so put the engine RPM’s right where they should be from factory and is arguably the biggest improvement to date.

This is only phase 1 of Grout, so make sure you are following along for updates. 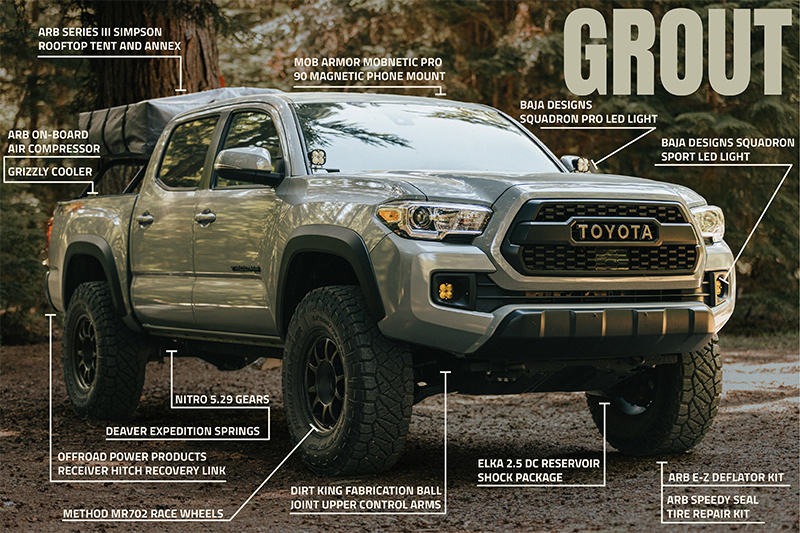 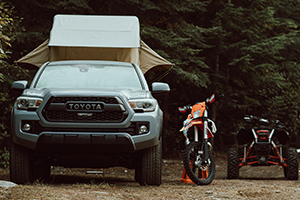 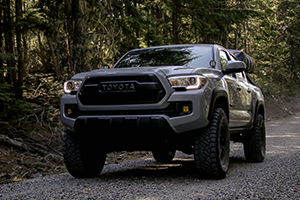 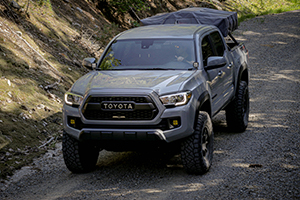