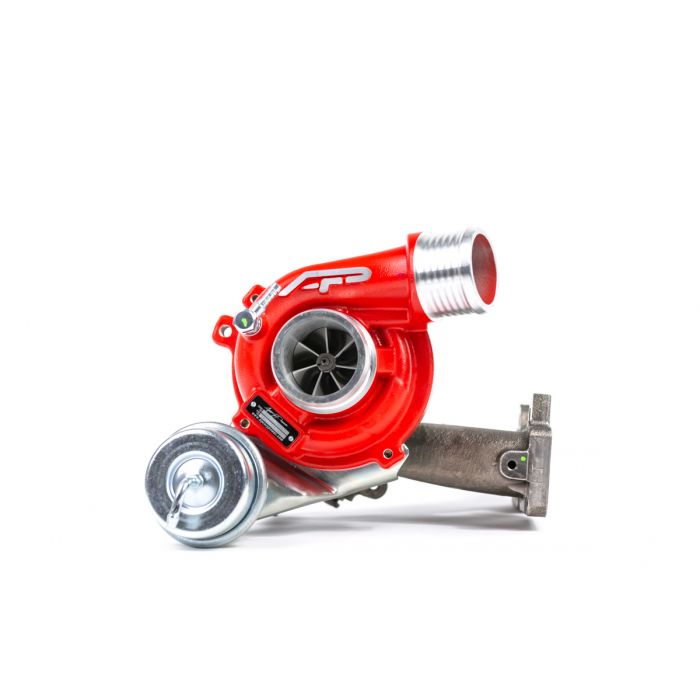 The Polaris RZR XP Turbo is one of the most popular SXS vehicles to modify in the UTV market.  After you have done all the basic bolt-on modifications such as exhaust, intake, ECU flash, and clutching, the next biggest gain in horsepower is from doing a full turbo upgrade.  The factory turbocharger performs well in the 925cc, 2 cylinder engine, however there is much more to gain.  An upgraded turbocharger will flow more air, requiring less boost pressure to gain power.  But when you do increase that boost, be ready for an amazing push of performance!  For those that want the ultimate edge on their friends and competitors, a turbo upgrade is the only answer.

Agency Power has partnered with one of the leading turbo manufactures to offer this full bolt-on turbo upgrade for the Polaris RZR XP Turbo.  What makes the Agency Power Turbo better than the competition is that this is a complete OEM replacement.  This is not a compressor cover, wheel modification, core exchange, or anything else that some others have available.  This is a full replacement turbo that is a direct fit to your factory parts.  The factory oil lines, intake and inlet pipes, and exhaust parts all bolt up to this turbo so there is no need to get extra parts or replace many of the current modifications you might already have.  Completely made in North America, the turbo features a full cast manifold, new adjustable wastegate, larger compressor and turbine wheel, along with an enhanced turbo housing finished in gloss red with the Agency Power logo.

Whether you are going to be trail riding, ripping the dunes, or even competing in the desert, the Agency Power upgraded turbocharger for the Polaris RZR XP Turbo is for you.  This turbo can be used as a bolt-on replacement for the factory turbo or you can partner with your preferred tuner to unleash its full potential!