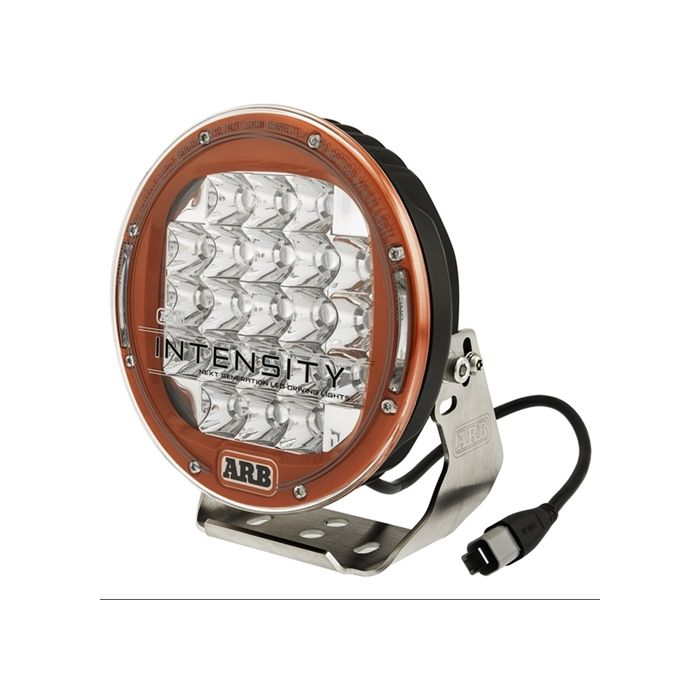 Skip to the beginning of the images gallery
Description
In 2009, ARB engineers started a development program to produce an ARB driving light with a completely new design incorporating the latest LED technologies.  Unlike light bars that were growing in popularity, ARB required a light that was compatible with current bull bar designs and traditional driving light mounting points. They also needed to be a legal fitment which, in many states, light bars are not.

Many ARB customers prefer a combination of a spot and a spread driving light due to the various driving conditions encountered in general off-roading. Most LED light bars on the market are considered great lights for slower off-road driving where the ability to see great distances is not so critical. For ARB's new light to compete with the best the market can offer in Halogen and HID lighting, it needed to give not only the broad flood beam associated with light bars but also a spot beam with the ability to penetrate longer distances.

Integral to the design was the need for the light to be robust and suited to the conditions encountered off-road like the constant vibrations of corrugated roads, animal strikes and the ability to be submersed. With the general abuse that off-road driving can dish out, the light also needed to be serviceable.

During the development stage, many advances in LED and optics design meant that the LED array and circuitry changed numerous times. With many tens of thousands to be invested in tooling, this meant that the design of the light body needed to be


ARB Intensity LED Lights offer the brightest, most consistent beam pattern, and all wrapped in the strongest housing that simply blow away the competition in every way.  If you want the best lighting option on the market, you can stop looking, the Intensity is it.....PERIOD!

ARB Intensity 7in LED Driving Light is not vehicle specific.