Over the past few months here at Power Products Unlimited, its been a whirlwind of events, vehicle builds, and everything in between, but we haven’t forgotten about the progress on the Cherokee Chief. At the time of the last newsletter, we had the basic powertrain installed along with gobs of custom built mounting solutions for everything. But even with the most powerful and indestructible powertrain, without a killer suspension, the Cherokee Chief would be nothing for its intended purpose. 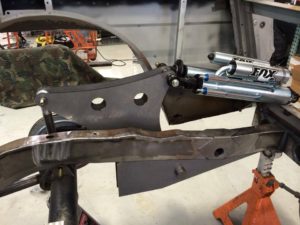 To start things off, we designed a triangulated 4-link suspension, and as the pictures indicate, it allows for a MASSIVE amount of wheel travel. With a little work in SolidWorks and a ton of machining, a custom 4-link mount was built to straddle the upper portion of the Pro Rock 80 rear end to prevent against welding on the axle and also provide for further articulation without binding. In order to provide ample dampening and rebound for this, we looked to Fox Shocks. In the rear, we’re running a set of Fox 2.5 coilovers coupled with 3.0 four-tube bypasses that are mounted to a custom cantilever to further our efforts in maximizing wheel travel. Up front, we’ll have the same blend of 2.5 coilovers with 3.0 four-tube bypasses, but without the need for the cantilevers. For the finishing touch, Fox 2.5 bumpstops will prevent us from any harsh bottom outs. 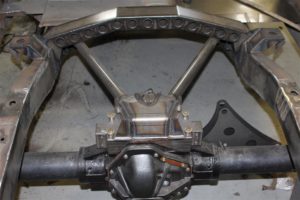 The latest hurdle we are confronting is something we haven’t had to deal with on all of our previous builds…..rust. Because previously modified rigs have all been relatively newer vehicles, we’ve only had to deal with very minor rust issues, but the Cherokee Chief is a beast from the era of disco, meaning its had over 35 years to allow the red plague to seep into its veins. But as with everything else, its being remedied and made more robust than the factory ever built it. Its amazing what you can accomplish with a cut off wheel, sheet metal, a bead roller, and a welder!

While there have been many long nights and weekends dedicated to progress on the Cherokee Chief, we were forced to recently make a decision none of us wanted to make, and that was to suspend its completion until after the Ultimate Adventure, where it was set to debut. We will still be participating in the UA, but will be flogging one of our other recent builds, Mjolnir, which has already proven itself in Moab and several other recent venues. As further progress is made on the Cherokee Chief, we will continue with updates as well as results from other upcoming events it will attend. 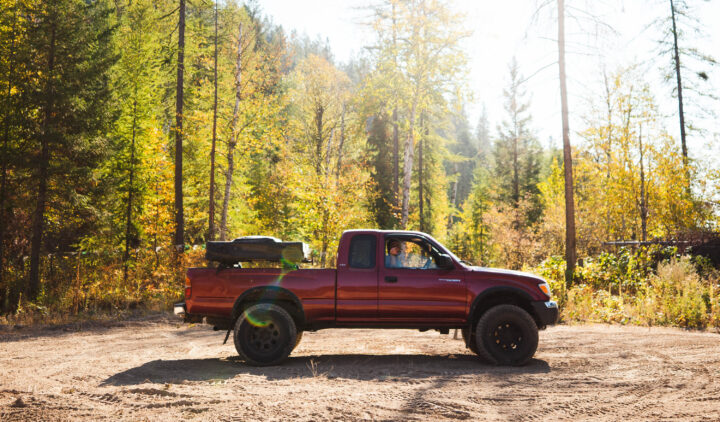 The Importance of Self Maintenance.

By Grafton Pannell, OPP Ambassador Over the years I’ve had a lot of 4WDs. I first got addicted to Toyotas via Land Cruisers and I’ve never really looked back. Right now I’ve got a 2000 Toyota Tacoma that I’m in the process of building alongside Offroad Power Products. A few of my favorite parts we… 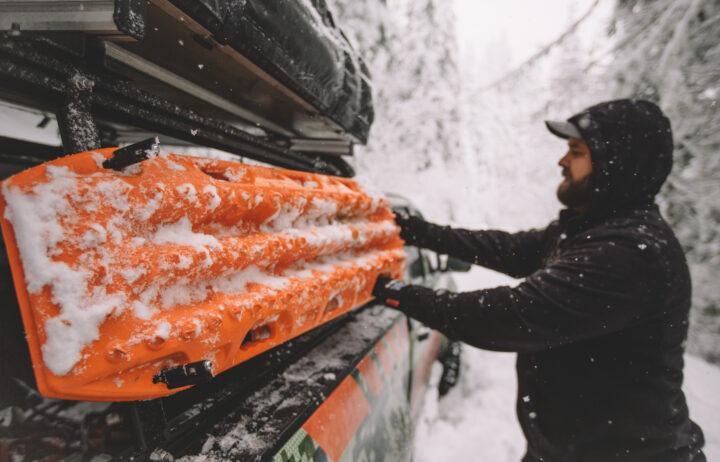 What You Need To Know About MaxTrax

So, what is a MAXTRAX Recovery Board? The MAXTRAX recovery Board is an anti-skid traction plate designed to extract or recover a stuck or bogged vehicle in a safe, simple, and quick manner. The technique is fairly simple: Clear the sand, mud, or snow from the front of one of the stuck tires using the…

Easter Jeep Safari 2016 has now come and gone in a typical whirlwind of last minute vehicle builds, sleepless nights, and plenty of fun out on the rocky trails of Moab, Utah with friends, both new and old.  EJS16 was similar to many others in the past, but as the 50th anniversary of this amazing…

UACC is THE Ultimate Adventure Cherokee Chief, and it’s a force to be reckoned with (or at least will be when we’re done with it)! As proud supporters of Petersen’s 4 Wheel & Off-Road Magazine’s Ultimate Adventure for the past two years, we have the opportunity to attend this insane week long event. In 2012,…

Some may think that if you have a Mercedes-Benz ML you are the envy of your town, however, that is not the case when it comes to off-roading.  A video was released spotlighting the crossover going off-road, which is, according to In Auto News, comical.  In their article, “2012 Mercedes-Benz ML goes off-road,” In Auto…

OffRoad Photograph of the Year?

Two Land Cruisers roam across a salt flat in Bolivia that was flooded after a heavy rainstorm.  This heavenly scene is something only a few off-road enthusiasts ever encounter and gives the allusion that the truck is cruising atop a lake. Image Courtesy of VWVortex

This site uses Akismet to reduce spam. Learn how your comment data is processed.