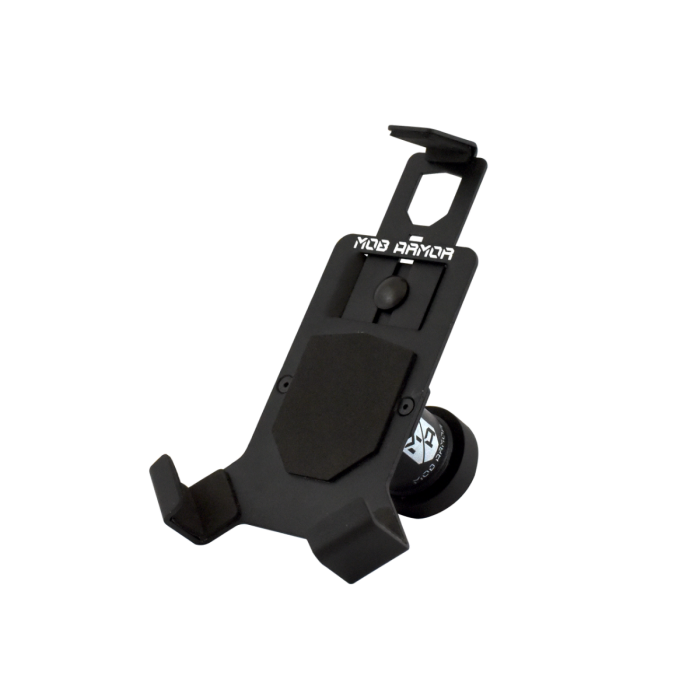 Your Phone, Your Case
There are so many different cases on the market that we didn't want to restrict what case you use based on our phone mounts. So we developed a unique slide system that allows you to use almost any phone and case that you have with our mount.

This mount is built to hold your device through some of the most extreme off-road racing conditions on earth. We are pretty confident that it will be able to handle just about anything that you can put it through. Built for Off Road, by Off-Roaders.

We don't Mess around with our Magnets
Don't be fooled, these magnets are no joke. They are 90lb pull force neodymium rare earth magnets that are designed for industrial use. These will keep your phone in place even when you roll your vehicle or if you hit a big pothole on the road.

"Powerfull magnet? Wont that damage my phone?" Actually no. While these magnets are incredibly strong, your phone will be perfectly safe. We have done extensive testing to make sure that these magnets do not effect the function of your phone.

Lots of Tilt, Lots of Rotation
Why have an awesome magnetic phone mount if it cant tilt. Why have a great tilting phone mount if it can't rotate? We had the same thoughts. We made the Mob Mount Magnetic with a ball housing that supports 70 degrees of tilt and 360 degrees of rotation. This alls for you to adjust your Mob Mount to the perfect position.

Ruggedize your technology
The world can be a pretty rough place. There are dangerous obstacles around every corner. Unlike most, however, this isn't something that scares you. You are the type that goes out into the wild and braves whatever nature can throw at you. We've built the only phone mounts that can thrive in conditions you can. This is the Mob Mount Switch Magnetic. Built with incredibly durable materials and attention to detail, this mount is prepared to take on whatever you can.

A Mounted Device is a Better Device
While we all like to push the limits we still live by the words "safety first." Keep your phone in view, but out of the way with the Mob Mount. Don't put yourself at risk by putting your phone in a cup holder or cubby where it could move and cause problems.

Your safety is the most important, but the safety of your device should also be addressed. With the Mob Mount Magnetic there is no compromise for safety. The cradle is made of aircraft grade aluminum and its rugged slide mechanism will hold almost any device. The mount is backed with a 90lb pull-force magnet so your phone will be safe in some of the most extreme conditions.

We know that you are out there to take on the next challenge. So go with a mount that you can trust, a Mob Mount.