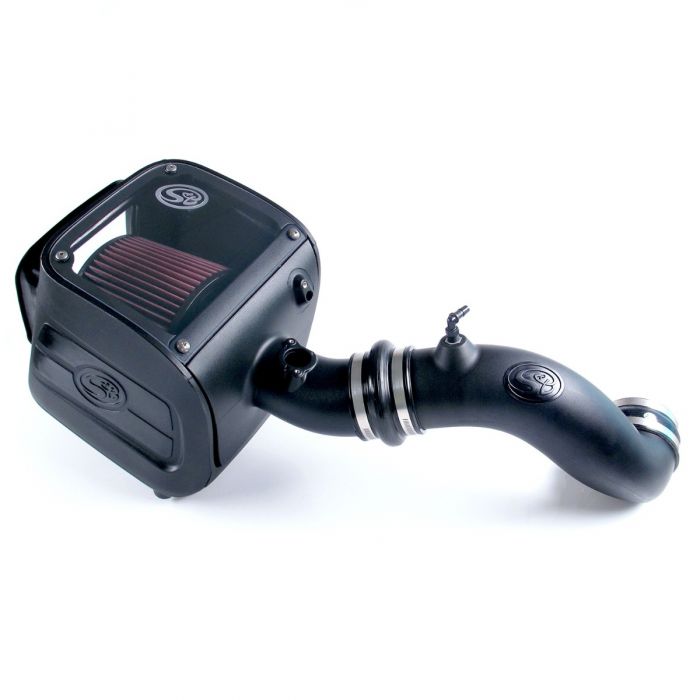 Airflow
It all starts with airflow. The more air that your engine breathes, the more oxygen it receives. More oxygen results in a better combustion. Better combustion translates into more power and better fuel economy. This is why your vehicle runs better on cool mornings than on hot afternoons as cool air is denser and contains more oxygen. You can feed your engine more oxygen by reducing the restriction of the airflow.

S&B Backs It Up: Certified Test Results
S&B provides ISO 5011 Certified Test Results for its intake kits, so you can see exactly how much the airflow was improved (restriction decreased) as well as the efficiency of the filter. ISO is a worldwide federation of national standards bodies. The work of preparing International Standards is normally carried out through ISO technical committees. The specific individual International Standard utilized by S&B and automotive manufacturers establishes and specifies uniform test procedures, conditions, equipment, and a performance report to permit the direct laboratory performance comparison of air cleaners, in this case, those used on internal combustion engines and compressors used in automotive and industrial applications.

Many intake kits are now available with a DRY DISPOSABLE FILTER!
But do you want a disposable filter? This question really comes down to the end user. Since you are not sacrificing performance with either choice, the decision comes down to would you rather throw away the filter or clean it.