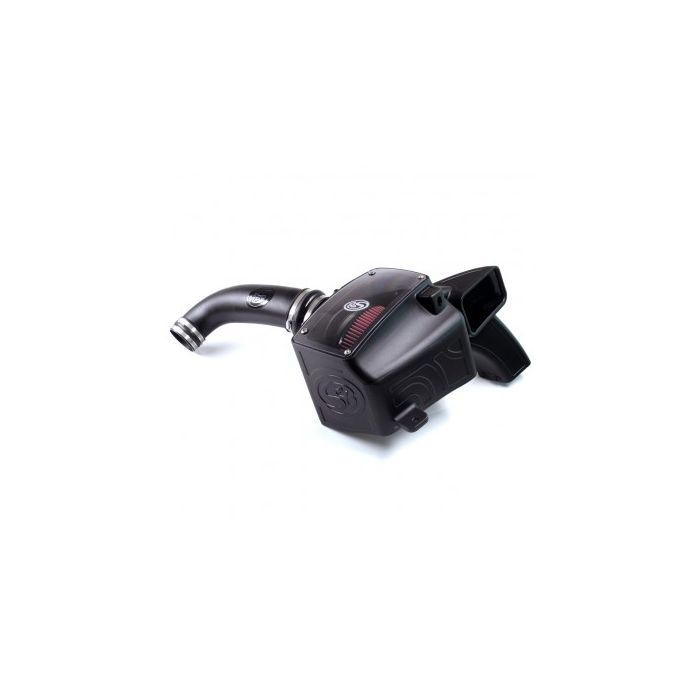 Airflow
It all starts with airflow. The more air that your engine breathes, the more oxygen it receives. More oxygen results in a better combustion. Better combustion translates into more power and better fuel economy. This is why your vehicle runs better on cool mornings than on hot afternoons as cool air is denser and contains more oxygen. You can feed your engine more oxygen by reducing the restriction of the airflow.

Out of the box design.
Bolts directly onto the side of the truck eliminating the need for the stock mounting rack and creating the most solid mounting point imaginable.

No....You are not seeing double.
Yes...they included two openings for the 75-5040 that enable it to feed insane amounts of air to your engine. It makes use of the stock housing inlet while adding even more cool air with a secondary snorkel pulling air from the fenderliner. Just in case the thought of all that extra cold air makes you shiver, a plug is provided for the additional snorkel.

Reinventing the filter.
The air box for the 75-5040 is so big that they actually went in and redesigned the filter to make sure you are using the most surface area possible. The bigger the box the bigger the filter.

Out with the old.
S&B literally replaced everything but the breather in the stock system. The tubing which is now much wider, allowing more air to flow freely, letting your engine breathe to its full potential. They installed an attachment to the airbox that allows you to add your stock breather to the mix.

Many intake kits are now available with a DRY DISPOSABLE FILTER!
But do you want a disposable filter? This question really comes down to the end user. Since you are not sacrificing performance with either choice, the decision comes down to would you rather throw away the filter or clean it.